Ten points on starting in the food business 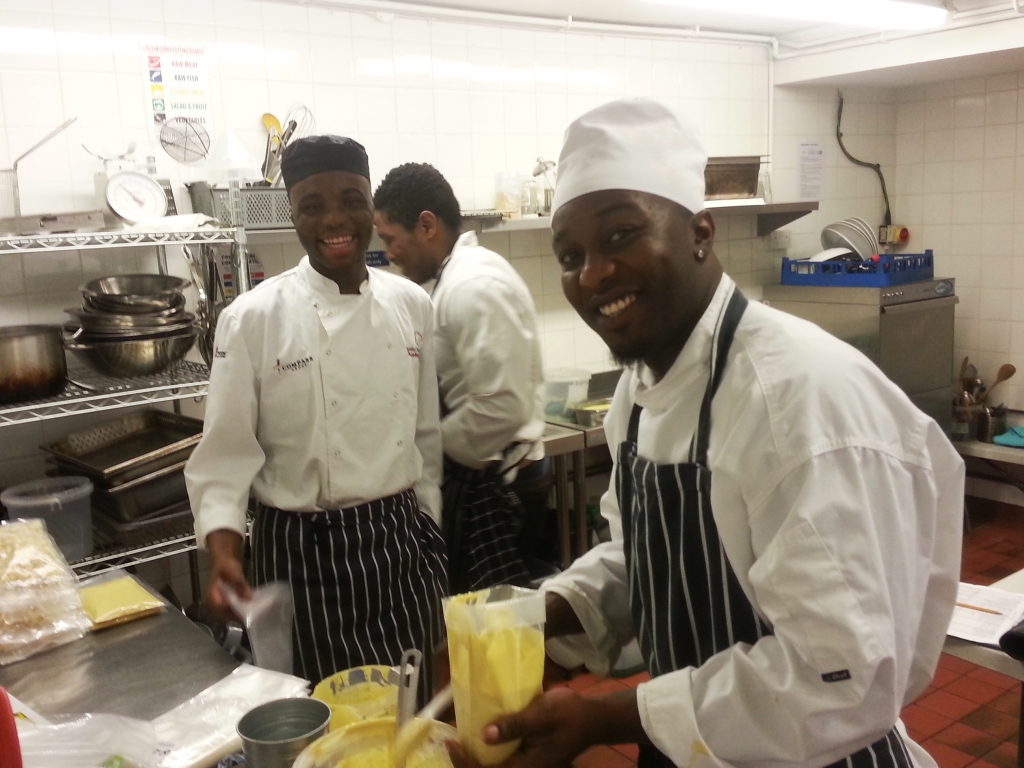 Below is a summery of research undertaken by Kitchennete and Nesta in 2013 during the height of the pop-up boom. Although the market has changed, the basic principles remain relevant.

“There was a time when Britain was considered a gastronomic desert. Now it is home to some of the best restaurants in the world. For every one Michelin star there’s a wealth of restaurants serving food from all over the world. There is something for every taste and at any time of day. As a sector, food’s contribution to the UK economy cannot be underestimated. In London there are an estimated 50,000 food businesses and the hospitality sector employs nearly 400,000 people. Five new restaurants are opening every fortnight and this shows no sign of diminishing even in challenging economic times.”

No barriers
Food entrepreneurship remains remarkably open to an incredibly diverse range of people. Few sectors hold more potential for women, those on low incomes and ethnic minorities, because these groups make up the majority of the workforce. A staggering 59% of London’s hospitality, leisure and travel and tourism workers were born overseas and 58% of the  workforce is female.

Some of the greatest chefs and restaurateurs that this country has produced came from humble origins. Successive waves of immigrants facing poverty and hardship — the Chinese in the 1920s; the Bengalis in the 1960s and 1970s and many others — have used food to make money in places where qualifications, language skills or cultural differences created huge social barriers.

Although there is a stereotype of a macho, near-military ethos in restaurants, the reality is that there are all sorts of different businesses for all sorts of people. The businesses we spoke to had diverse revenue streams — a street food cart by day and events catering at weekends; a daytime workers’ café and a catering business in the back.

Breaking in
Starting a restaurant today, particularly in London’s prime locations, is a risky and expensive business. Food is seen as a high risk and not always a high returns business. If you take on a lease you have to pay the rent until the lease expires — usually for 15-20 years.

Starting a new café or restaurant usually requires borrowing or raising money, and persuading investors to put money in without a track record is tough.

Additionally, finding a landlord willing to take a chance on a new start-up is not easy, even if you’re a head chef or successful restaurant manager. So, despite low formal skill requirements, food entrepreneurs find themselves up against significant barriers to entry.

However, there is now a generation of food entrepreneurs who have started with a low-cost prototype — the equivalent of a technology start — up’s ‘Minimum Viable Product’. A supper club in someone’s front room, a pop-up in a disused high street shop or a street food stand at food markets are all potential ways to test an idea.

1. Starting in the food business doesn’t have to be expensive
Using street food, pop-ups and supper clubs as a prototype make it possible to start a restaurant chain, street food empire or a successful neighbourhood canteen with less than £5,000. A small sum can go a long way.

2. Crowdfunding
Crowdfunding may be changing norms in food investment and making it easier for founders to retain controlling stakes in their companies, but it still tends to work best after a prototype has been tested. The initial sum of money to fund that prototype, be it a market stall or pop-up, need not be very large, but can still be extremely hard to save up for or come by. It is particularly  difficult in an industry with notoriously low wages, when you also need to be able to support yourself.

3. Quality matters
Food entrepreneurs starting on a shoestring should differentiate on quality, not pricing. Our case studies’ produce was the same price or more expensive than established competitors’, and some had very little food industry experience, but they were all able to cultivate a following for their food and service. Quality ingredients and a refreshing approach generated the word-of-mouth recommendations so important to building a customer-base.

4. Everyone’s a critic
The one thing all food businesses from street food vans to restaurant chains need are customers. Good word-of-mouth is key to building a customer base, and restaurant critics are responsible for these recommendations on a larger scale. But with the arrival of smartphones and social media, everyone is now a potential critic.

5. The transition to bricks and mortar needs first-hand experience
Smaller, early-stage food ventures such as market stalls or pop-ups help remove risk from the process of setting up a restaurant. However, the transition to a bricks-and-mortar business is still tough. More support is needed as food startups grow. Our entrepreneurs cited the importance of good mentors and advice from people who had done it before.

6. Flexible food business models can suit different lifestyles
There is room in food for all kinds of people and all kinds of  business models. The examples show that eating out can include micro-scale street food businesses, catering businesses that fit around child-care commitments, as well as burger empires and groups of restaurants like the ones seen in the previous chapters.

8. Current training providers offer little in the way of relevant training and guidance
If you’re a micro-business you have to be good at everything; from business planning to food hygiene, there is a great deal you need  to know. It’s hard to know it all, and even though catering colleges are there they don’t tend to offer entrepreneurship courses and generally lag behind industry standards.

9. London’s markets make it hard for start-ups
Markets play a pivotal role in the food economy as incubator space for entrepreneurs to establish demand, get feedback from customers and develop a following. But the UK’s markets —  particularly London’s food markets — seem to be set up, in many ways, against start-ups.
With waiting lists sometimes running into several years, and arcane legislation such as hot food can’t  be served, only individuals and not businesses can hold a stall and pitches can be inherited, as well as other ‘red tape’.

10. Suppliers can struggle with small orders
Quality wholesalers and suppliers often need to see accounts or take big orders. Aiming to compete on quality, rather than price, meant our case studies needed quality produce. Buying it was difficult for them as start-ups face weak bargaining positions with suppliers.

Maida Hill Place
2 Fernhead Road
W9 3ET 020 8964 2549
About usFacebook
Newsletter
Many of our events sell out quickly, make sure that you don't miss out by subscribing to our newsletter
Maida Hill Place Ltd – Registered in England and Wales | Registered Company Number 07248721
Website by: Playne Design